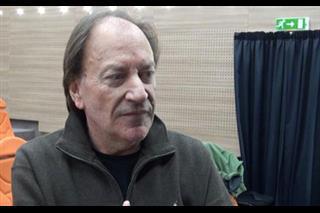 SOFIA - Serbian director Goran Paskaljevic will receive the Sofia award for contribution to the world cinematography at the 18th international film festival in Sofia which will take place from March 6 to 16.

Paskaljevic told Tanjug that he will be the honorary guest of the Sofia festival where he will present to the Bulgarian audience his latest film 'When Day Breaks' (Kad Svane Dan) which won awards at a number of international film festivals.

The festival programme announcing the event says that Paskaljevic has been the favourite director of the Bulgarian audience ever since his film 'Cabaret Balkan' (Bure Baruta), adding that Paskaljevic's films are filled with specific Serbian humour and typical tragicomical elements characteristic for his directing touch.

This is the fourth award for the contribution to the world cinematography which Paksaljevic won in the past year and a half, after the awards in Slovakia, the Czech Republic and Slovenia.

Slovakia Suspends Use of AstraZeneca

Pristina doesn't give up: "Recognize Kosovo"