Dacic to attend EBRD conference in London on Monday 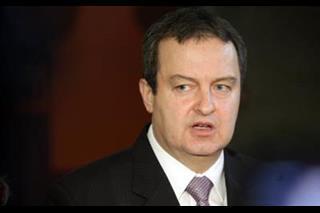 The Serbian delegation will comprise Serbian Finance Minister Lazar Krstic, the Serbian government Office for Cooperation with the Media released.

The participants at the meeting will be greeted by EBRD President Suma Chakrabarti, Minister without Portfolio in the British government Kenneth Clarke, Greek Minister for development, Competitiveness, Infrastructure, Transport and Networks Kostas Hatzidakis and EU Enlargement Commissioner Stefan Fuele.

According to EBRD announcements, the main topics of the forum will cover the integration of the Western Balkan region through road corridors, gas pipelines, processing sector expansion and other projects.

Four panels should also be held to discuss regional projects in the sectors of energy and transport and the possibilities for improvement of investment climate.