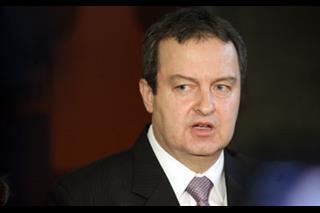 The Socialists are against reforms if they are directed against workers and pensioners, Dacic stressed at the pre-election convention of the Socialist Party of Serbia - Party of Pensioners - United Serbia (SPS-PUPS-JS) coalition, held on Monday in Krusevac.

Dacic pointed out that the coalition's role in the government and the political life of Serbia will be to oppose the concept of a neo-liberal economy and protect the interests of workers, farmers, pensioners, students and all other citizens.

The economic policy must be founded on social justice, which is guaranteed in the Constitution of Serbia, SPS leader underlined.

Commenting on achievements of the outgoing government of which he was the prime minister, Dacic stressed that it has achieved a historic success and brought Serbia closest to the EU, at the same time preserving its freedom, independence, national and state interests.

JS leader Dragan Markovic underlined that the coalition will not vote for any laws that are not in the interest of all citizens, make sure that contracts are awarded to domestic contractors and suppliers and not those from abroad, and that the farmers will have buyers for their products.

PUPS Deputy President Milan Krkobabic stressed that he and his coalition partners will continue to make efforts...