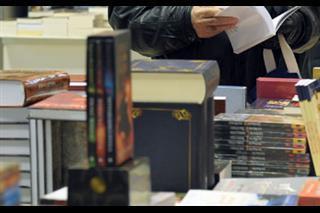 The same translation has already appeared in Geopoetika's edition Serbian Prose in Translation.

Presenting Bajac as one of the leading, contemporary, Serbian authors, the publisher quoted critic Goffredo Fofi, who wrote that Hamam Balkania is one of the most ambitious novels of our time.

Hamam Balkania is a story about the East and the West, Christianity and Islam, identity and religion.

It is a story about two friends who were taken from their families and raised surrounded by Janissaries: Mehmed Pasa Sokolovic, the Serbian shepherd boy who rose to the position of Grand Vizier, and Koca Mimar Sinan also known as the Michelangelo of the East.

Hamam Balkania was published recently in the Arabic language, and previously it was issued in Germany, Italy, Bulgaria, Greece, Turkey, Croatia, Macedonia and Slovenia.

The French edition is expected to appear during the year.