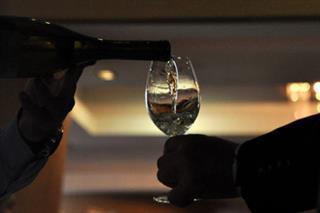 The wine fair will be held at the Belgrade Fair at the same time as the fairs of tourism, hotel and catering equipment and souvenirs, the organisers of the fair announced on Monday.

Wine and gastronomy have been recognised as important tourist products and the wine map of Serbia features over 120 wine-related facilities, representative of the Tourism Sector in the Ministry of Economy Renata Pindzo said.

According to President of the Serbian Association of Winegrowers and Winemakers Gvozden Radenkovic, the wine production tradition in Serbia goes almost two millennia back into history as indicated by the data that first vineyards in Serbia were built some time around 300 AD.

During the fair, a best wine competition will be organised and the selection will be made by jury comprising prominent local and foreign experts in the field, President of the Serbian Wine Company Velibor Pesic said.

He recalled that makers of rakia (strong alcoholic beverage) also took part in last year's wine fair which is the reason why there are some ideas to rename the fair into the Wine and Rakia Fair.

Tabakovic: NBS has bought 1.125 bln euros since May

Vucic: Name of PM designate to be announced after Brussels meetings

Vucic: We will not give up on our rights, signed agreements