National Theater to perform in Turkey 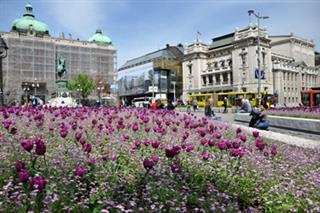 The title role in Henry VI, directed by Nikita Milivojevic, is played by Hadzi Nenad Maricic, and the performance is scheduled for March 19.

The play premiered on May 11, 2012 at the Globe Theater in London, as part of the Cultural Olympiad.

The guest performance in Bursa continues the National Theater's successful cooperation with cultural institutions across Turkey dating back from 2003, when the protocol on cooperation with Turkish state theaters was signed.

In the meantime, a protocol on cooperation was also signed with the Ankara State Opera and Ballet.