Office for KiM: KiM will remain part of Serbia forever 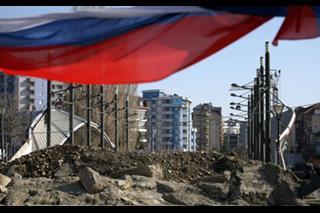 BELGRADE - Serbia will never recognise the independence of its southern province and for the Belgrade government, both the current and the future ones, Kosovo-Metohija (KiM) will remain a part of the Republic of Serbia forever, the Serbian government Office for KiM underscored once more, six years after the unilateral and illegal declaration of independence by Kosovo.

Six years ago, on February 17, 2008, the so-called state of Kosovo declared independence forcefully, without the consent of the UN Security Council which constitutes the first such instance in the territory of modern Europe of the 21st century, states the release issued by the Serbian government Office for KiM.

Based on the deprivation of rights of Serbs, ethnically motivated murders for which nobody has been identified as guilty, on the desecration of Orthodox Serb sanctities and rewriting of history, this creation is not and will never be a state, the release states.

At the same time, the Office recalls that the last few years in Kosovo have been marked by murders, such as the killing of children in Gorazdevac, 14 reapers in Staro Gracko, the Stolic family in Obilic, the terrorist attack on the Nis Express bus in Livadice which was transporting IDPs to visit the graves of their loved ones on All Souls Day, the March 17 pogrom in 2004 and arson of Serb homes in returnee village. Nobody has been found guilty or even suspected of these crimes, the Office for KiM said in the release.

Robbery and destruction of Serb property has not been stopped yet, privatisation is still being conducted in favour of ethnic Albanians and the property of the Republic of Serbia in KiM is being turned into the property of the self-proclaimed country overnight.