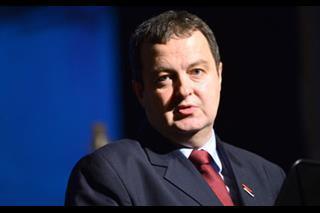 “We do not want to interfere with BiH's internal matters, and we wish the issues to be resolved through agreements rather than conflicts. We wish BiH - not only Republika Srpska but also the Federation - all the best, and we have even had plans to hold a first joint session of the Serbian government and the BiH Council of Ministers, but I cannot tell how far that is possible at the moment,” Radio Sarajevo quoted Dacic as saying for Anadolia news agency.

Dacic did not want to comment on statements made by Republika Srpska (RS) President Milorad Dodik, who stated on Sunday that the protests in the Federation of Bosnia-Herzegovina are aimed at destabilizing RS.

“We want the Balkans to be stable, and that means that issues like these need to be resolved through dialogue rather than causing instability,” Dacic said.

The protests of disgruntled citizens have continued in Sarajevo and other cities and towns in the BiH Federation on Tuesday, and their demands are the same across the BiH entity - improvement of social-economic situation and replacement of heads of the Federation cantons.