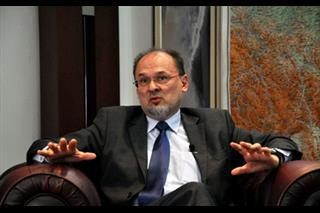 SARAJEVO - European Parliament's special rapporteur for Serbia Jelko Kacin said on Wednesday the EU's current neutral position on Kosovo's status was a temporary compromise, but he refused to speculate on what the ultimate solution would be and when it would come about.

Serbia will have to change its Constitution before joining the EU, just like other countries had to do it, including Slovenia, he said in a show called Interview 20 on BHT1, a TV station from Bosnia-Herzegovina.

When asked if that meant Serbia would have to give up its claim on Kosovo, Kacin responded that he knew the answer to that question, but could not give it because of his position.

"I, Jelko Kacin, have known for a long time that Kosovo is independent and not a part of Serbia. I, Jelko Kacin, a citizen of Slovenia, know that my country recognized Kosovo's independence a long time ago and that it was the reason the Slovenian embassy in Belgrade was burned and that Serbia will compensate that. I, Jelko Kacin, as Vice-Chair of the European Parliament Delegation for South East Europe respect the present situation and the position of the EU, which is neutral in terms of Kosovo's status," he explained.

However, that solution is a temporary compromise, Kacin claims.

The EU has absolute faith in the political elite in Serbia, which Kacin describes as responsible towards their own future and that of their people, country and its economy.

Commenting on whether the EU made a precedent in starting the talks with Serbia, since Serbia has not settled the issue of Kosovo in its Constitution, he stated the accession talks would not have started if they had not been approved by the EU countries that did not recognize Kosovo's independence.