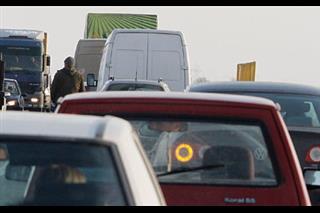 BELGRADE - The government of Serbia and a delegation of employees from the Vranje-based Yumco company reached an agreement on Thursday on ending the blockade of the motorway to Macedonia.

Yumco employees have been on a general strike for one month, and on Wednesday morning they blocked the Belgrade-Skopje highway near Vranje.

The highway was cleared late on Thursday, after the acting Minister of Economy Igor Mirovic promised that Prime Minister Ivica Dacic will confer with the Yumco delegation on solving operational problems of the company that is undergoing restructuring, but the strike continued on factory premises.

In the Thursday's meeting with the Yumco delegation, Dacic and Mirovic pledged that the Serbian government will help the company and that the employees will receive their health insurance and eight outstanding monthly salaries.

Prime Minister Dacic also suggested business arrangements with the police and the army in order to start the production at Yumco, said Snezana Velickovic, main representative of the Association of Free and Independent Trade Unions (ASNS) at the company.

It was also agreed to form a new supervising committee to inspect Yumco business records over the past nine years and determine potential responsibility of the management for poor business results, she noted.

The delegation of Yumco employees promised that for the time being there would be no new motorway blockades, and added that the workers will decide if the strike will continue after they are informed about the agreements reached with the government.