Kocijancic urges fast resolution of fate of missing from KiM 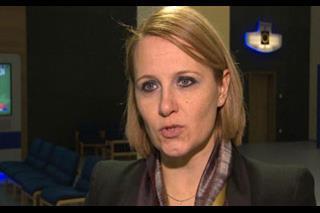 BRUSSELS - Maja Kocijancic, spokeswoman for the EU high representative for foreign affairs and security policy, called on Belgrade and Pristina on Tuesday to find effective ways to resolve the fate of missing persons from Kosovo-Metohija (KiM).

"We encourage both sides to step up their political commitment and focus on effective measures, and by this I mean on financial and technical resources, in order to ensure that the remaining cases are solved fast," Kocijancic said at a press conference.

She said that the EU is watching the situation closely, in close cooperation with the International Red Cross which chairs the working group on missing persons which was set up by Belgrade and Pristina.

"We are watching this issue closely, and major efforts are being invested. These cases have to be solved," she noted.

Kocijancic noted that the issue of the people who went missing in Kosovo during the 1999 conflict was included in the European Commission's annual progress reports on EU aspirant countries.

Asked whether the issue of the missing could be a topic in Serbia's EU accession negotiations, Kocijancic said that the issue "has already been addressed in the European Commission's regular reports".

The working group on missing persons from Kosovo-Metohija is holding a meeting in Belgrade on Tuesday, which is chaired by the International Red Cross, within the framework of the Belgrade-Pristina dialogue.

The meeting is bringing together representatives of the Belgrade and Pristina delegations, families of the abducted and missing Kosovo Serbs and Albanians, representatives of embassies, War Crimes Chamber at the High Court in Belgrade, Red Cross of Serbia and the International Commission on Missing...