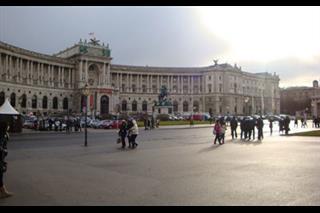 BELGRADE - Austria's Foreign Minister Sebastian Kurz said that his country will support Serbia in undertaking the necessary reforms, in order to speed up its EU accession.

We want Serbia to join the EU as soon as possible. The prospect of EU membership has always served as an incentive for reforms to be carried out in candidate countries, said Kurz for the Friday's issue of Belgrade daily Vecernje Novosti.

Austrian Foreign Minister, scheduled to visit Belgrade this month, emphasizes that his country has always supported Serbia and the region on the pathway to a full membership in the European family, and promised that it will continue to do so.

Kurz pointed to the symbolism of the start of Serbia's EU accession talks coinciding with the centenary of World War I (which broke out when the then Austro-Hungarian Empire declared war on Serbia).

We feel a strong affinity for Serbia, not only because of our history, but also owing to our economic cooperation, as well as our citizens. Many people from Serbia live in Austria, and also a great number of Austrians have business ties with Serbia, noted the minister.

Commenting on a projection that the marking of 100 years of the end of World War I (1914-1918) could coincide with the completion of Serbia's accession talks, Kurz expressed hope that Serbia will become a part of the European Union as soon as possible.

As of today, students will start with online classes. Schools are given instructions.