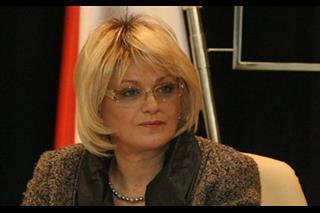 BELGRADE - National Bank of Serbia (NBS) Governor Jorgovanka Tabakovic said Tuesday that none of the 29 banks in Serbia is facing lack of liquidity, citizens' savings are guaranteed by the state and the forthcoming early parliamentary elections are not among causes of the local currency downfall.

Tabakovic said that irresponsible headlines and statements in the media have caused depositors and investors to feel uneasy about their savings and investments and have shaken their trust in the banking system.

She told Radio television of Serbia (RTS) that a total of four banks that have lost operating license over the past year and a half made the state incur losses of EUR 800 million, adding that Agrobanka alone cost the Deposit Insurance Agency and taxpayers close to EUR 400 million.

Tabakovic said that savings of up to EUR 50,000 are safe and guaranteed by the state, adding that postponing the resolution of the problem with the four banks, whose management had shown great irresponsibility through selective lending and financing non-returning investments, has led to the Deposit Insurance Agency lacking money.

Speaking about the weakening Serbia's dinar, the NBS governor said that that the early parliamentary elections, scheduled for March 16, have nothing to do with the local currency instability, adding that a great number of countries are facing the same problem.