Opposing views on Kosovo in UN 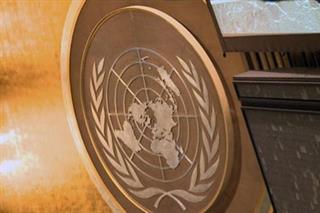 NEW YORK - In the meeting on Kosovo held at UN Headquarters in New York late on Monday, Serbia's outgoing Prime Minister Ivica Dacic said that any debate referring to potential change in the scope and mandate of EULEX should not bypass the UN Security Council, having in mind that UN serves as an umbrella organization for the international presence in KiM.

"I believe that today's meeting is the right opportunity for us to initiate talks on a reconfiguration of EULEX, as UNCS is the only adequate forum for an agreement on changes at KiM that will lead to a permanent and stable progress in the field," Dacic told members of the UN Security Council.

He stressed that the elections in northern Kosovska Mitrovica will be held and that a mayor will be elected, although the murder and the arrests of mayoral candidates contribute to the atmosphere of fear and insecurity.

After the mayor is elected, formation of the community of Serb municipalities (ZSO) will commence and the drafting of its statute is already underway, added Dacic.

Dacic warned that Pristina did not prepare the legal framework for an effective realization of authorities of the future ZSO as envisaged in the Brussels agreement, and is not showing the political will to implement that part of the agreement.

Kosovo Prime Minister Hasim Taci assessed the situation as much more positive, and noted that significant progress has been made in Kosovo over the past three months, citing as examples the holding of municipal elections across the entire territory for the first time, formation of local municipalities in the north, the EU integration process and the results of normalization of Belgrade-Pristina relations.