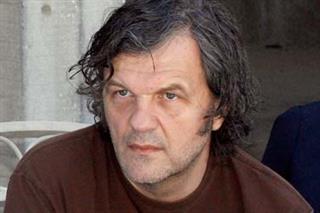 The petition will first be offered in Republika Srpska and the Federation of Bosnia and Herzegovina, Serbian film director Emir Kusturica, who is the director of the Andric Institute, announced on Sunday.

Speaking to reporters in Andricgrad, eastern Republika Srpska, Kusturica said that the verdict resulting from the trial was not valid because the Young Bosnia members committed the assassination in occupied territory that was legally not under the sovereignty of the then Austro-Hungarian Empire.

He said that the Institute will table the petition to the Court of Bosnia and Herzegovina in Sarajevo with a request for a revision of the trial of the Young Bosnia members.

"It is logical that the revision, which is definitely going to be a long and painstaking process in the current social and political situation, should be carried out where the assassins were tried - in Sarajevo," Kusturica said.

The court before which the assassins were tried was illegal, and so was the trial itself, Kusturica said.

"What kind of a verdict was that, what kind of a court was that if it never received an appeal to the verdict, which is unprecedented in legal science?" Kusturica asked.

After the verdict was announced, lawyer Rudolf Zistler, the ex officio attorney of Princip and the Young Bosnia members, was spirited out of the court building in an oil barrel for fear of being lynched by a...