Preparations have begun for projects financed by UAE loan 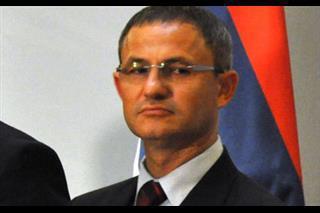 SENTA - The Serbian government approved a report on negotiations with the Abu Dhabi Fund for Development on Friday in relation to the granting of a loan to the Serbian government for financing the first phase of the irrigation system development, Serbian Minister of Agriculture Dragan Glamocic has said.

The Serbian government is preparing comprehensive documentation for using loans from the United Arab Emirates (UAE), out of which a total of USD 100 million was earmarked for irrigation, Glamocic said at a conference titled 'Through irrigation to safe and stable profit' in Senta, northern Serbia.

Today, Serbia irrigates around 165,000 hectares or only 10 percent of the land suitable for implementation of that measure, he said.

Another USD 100 million will go to investments in agriculture, and this is a long-term loan with a low interest rate, Glamocic underscored.

He expects that local self-government will join the efforts, as under the Law on Incentives, they can invest in irrigation.

"By this, I refer primarily to the purchase of equipment, infrastructure revamp," Glamocic said.

The meeting was organized by the Senta-based TE-TO sugar refinery and consultant service in that town.

This sugar refinery is working on connecting the subcontractors processing beet sugar by offering them favorable loan conditions for irrigation.