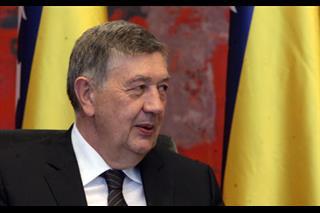 The problems in the Federation of Bosnia-Herzegovina must not be imposed on the entire Bosnia-Herzegovina, he told Radio and Television of Serbia.
"We do allow that. Although there have been such demands, there will be no early elections in RS. Even though some of the parties in RS, both those in power and in the opposition, would prefer early elections, we have to hold to a principle here, consider everything and see who proposes that and whether everyone in the Federation agrees on it," he noted.

Regular elections are scheduled to be held in 2014, as the law states that they should be held every four years at the first weekend of October, he said.

The Central Electoral Commission will call the elections on May 5, accoridng to the regulations, he stressed.