Screening of Chapter 26, one of easier chapters, to begin 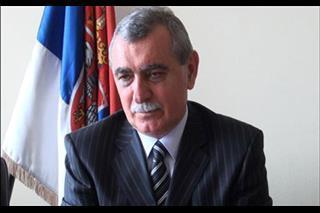 BELGRADE - The so-called explanatory screening for Chapter 26 (Education and culture), expected to be one of easier for Serbia in the EU accession process, will begin in Brussels on February 20.

Head of the negotiating team in this field, State Secretary in the Ministry of Education Zoran Masic, has told Tanjug that the European Commission will have Serbian delegation acquainted with the EU legislation and parts of the acquis relevant to this area at a meeting on Thursday.

The number of European directives regulating the field of education is small, as member-states are regulating this area by their own laws, he said.

Despite this chapter being seen as easiest, there are issues concerning education priorities Europe is seeking that Serbia has not yet resolved.

For example, Serbia has not aligned its regulations with the Lisbon Recognition Convention, which deals with recognition of qualifications concerning higher education in the European region.

Possible problems are action plans linked to the strategy concerning education and scientific research development that have not been adopted, but these are in the final stage of drafting and the government should adopt them in a month or two.

Masic said that amendments to the Law on Higher Education have been prepared.
“All of these issues can perhaps postpone Serbia’s taking a negotiating position, but if we work fast, and we have to, we stand a good chance of completing this part of our obligation in a reasonable time frame,” said Masic.