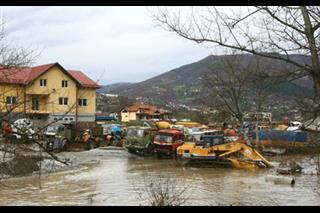 BELGRADE - The Republic of Serbia has sent Slovenia, in which the emergency situation is in force, five high-capacity generators in an effort to assist citizens in the areas most affected by severe weather conditions.

According to the Monday release of the Serbian Ministry of the Interior (MUP), the assistance was sent via the Serbian emergency situations department.

Heavy snowfall and snow storms left over 50,000 people without electricity, and with communication channels in tatters.

The generators were put at the department's disposal by the Nis-based Serbian-Russian humanitarian center.

The Serbian emergency situations department had previously also offered assistance to countries in the region during various natural disasters, in the form of rescue units, equipment, machinery, in an effort to help the affected people.

Curfew from Friday through Monday