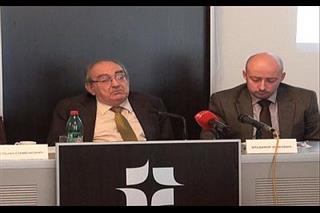 The snap parliamentary elections scheduled for March 16 will postpone reforms for at least six months, the experts forecast, adding that an inflow of direct foreign and domestic investments cannot be expected before June, and thus the year may be lost for investments, economic growth acceleration and employment increase.

Economist Stojan Stamenkovic said at the presentation of the magazine's latest issue that Serbia needs between EUR 1.7 and two billion of direct foreign investments annually.

In 11 months of 2013, the net inflow of direct foreign investments amounted to EUR 643 million, he said.

Stamenkovic said that the review of the 2014 budget is imminent, since the revenues were overestimated.

He underlined that the IMF, whose delegation will arrive in Serbia on February 26, will call for additional savings.

Serbia really needs an arrangement with the IMF, but this will be impossible before June, so it will probably be concluded in autumn, he said.

Stamenkovic believes that aside for short-term savings and multi-year fiscal consolidation including the pension system reform, the IMF will also request a reduction in the number of employees in the public sector and a solution to the issue of public companies, which must not incur any further loss and place burden on the budget.

The MAT experts said that the GDP growth in 2014 projected at one percent looks optimistic in these circumstances...

Vucic: April elections to be my last as SNS leader

Serbia to open embassy in Bahrain, consulate in Zimbabwe

Vucic: Putin had 90 questions for me