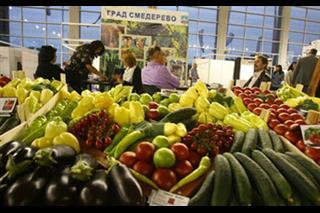 BELGRADE - The national association for the development of organic food production Serbia Organica will organize a joint appearance of Serbian companies and organizations at the world's leading organic food fair, Biofach, in Nuremberg February 12-15.

Serbia will be represented by companies involved in organic food production and processing and organizations that work on developing organic production directly or indirectly.

They will include Zadrugar from Ljubovija, Strela from Leskovac, Den juri organik from Brus and Jovanjica from Belgrade.

The centre for the development of the districts of Jablanica and Pcinj will present a project entitled Support for Organic Food Production in South Serbia, which was started in 2010 and is funded by the Austrian Development Agency.

The Novi Sad Fair will also present itself, as the organizer of the largest agricultural fair in the Balkans, the International Agricultural Fair, which has also featured a programme of organic products since 2011.

115 newly infected with coronavirus in Serbia, 900 in total VIDEO