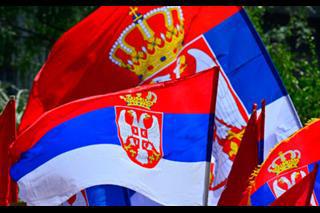 BELGRADE - Serbia on February 15 celebrates its Statehood Day, whose foundations were laid 208 years ago when Serbian uprisers, under the leadership of Karadjordje, started the fight for the final liberation from the Ottoman Empire.

Serbia celebrates its Statehood Day on the great Christian holiday Sretenje (Candlemas) to commemorate the day the First Serbian Uprising broke out in 1804, and the day when the country passed its first Constitution in 1835.

The uprising started in Orasac near Topola, and its direct cause was the "slaughter of the dukes," when Turks killed four Serbian leaders in January of that year, giving rise to great discontent among the people.

The decision to start an uprising was made at a great people's council held in Orasac on February 15, and Djordje Petrovic, nicknamed Karadjordje (Black George) by the Turks, led the rebellion against the dahis.

At first, the uprising began as a fight against the oppressive Janissaries, but the people refused to lay down their weapons without a guarantee from a foreign power, even after Becir pasha ordered the murder of the four main dahis in an attempt to quell the rebellion in August.

Over the next few years, the rebel army led by Karadjordje defeated Turkish forces in famous battles of Ivankovac, Deligrad, Misar, Suvodol, Belgrade and others, and liberated almost the entire territory of the Belgrade Pashaluk.

The First Serbian Uprising collapsed in 1813, but two years later the Second Uprising flared up, only this time Serbia had...