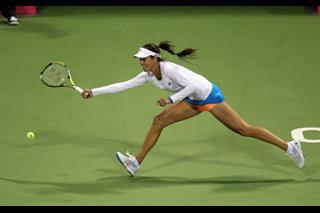 DOHA - Serbia's Ana Ivanovic failed to reach the third round of the WTA singles tournament in Doha, after losing to Klara Zakopalova of the Czech Republic 4-6, 6-1, 6-3 in a second round match on Wednesday.

After winning the first set, Ivanovic lost her grip and the 32nd ranked Czech used the opportunity to clinch her first victory against the Serb.

Zakopalova will next face Angelique Kerber of Germany, who beat Czech Kristina Pliskova 7-6 (7-2), 6-4.

Serbia's Jelena Jankovic also has a bid in the Qatar tournament, and is facing Italy's Karin Knapp in the second round.

Total prize money for the Doha tournament is USD 2.44 million.

National football team of Ireland - how much they know about Serbia?