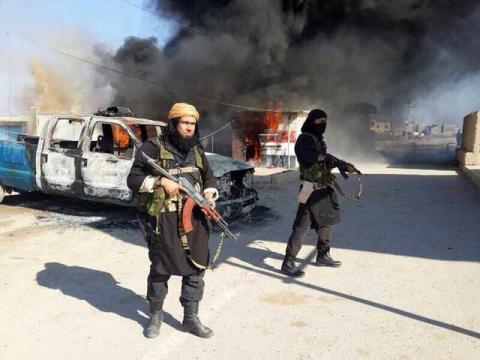 Currently the criminal code does not have in place any penalties for Albanians who fight abroad, being for political or religous reasons.

Concerns are growing that Muslims from the Balkans are being drawn into the bloody sectarian conflict raging in Syria, Iraq and, increasingly, Lebanon. Most Albanians are Muslims, at least nominally.

The International Center for the Study of Radicalization, ISRA, a think tank based in King's College, London, believes some 300 Albanian fighters, from Kosovo, Macedonia and Albania, have joined groups linked to al-Qaeda in Syria, including Jabhat al-Nusra and the Islamic State of Iraq and al-Sham, or ISIS.

Facebook pages seen by Balkan Insight show that Islamist radicals are using the internet to recruit new fighters for ISIS.

A Facebook page, Krenaria Islame (Islamic Pride), which has since closed, had more than 2,800 followers.

The page posted pictures of Albanians reported fighting for the ISIS in Syria amid other propaganda.