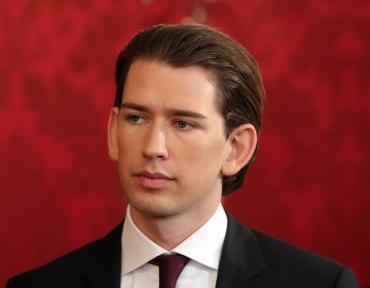 
BELGRADE -- After elections on March 16, "Serbia must continue reforms and the dialogue with Priština with renewed vigor and implement the results of the dialogue."

This is what Austrian Foreign Minister Sebastian Kurz has told the Belgrade-daily Danas in an interview ahead of his visit here on Wednesday.

"It will be up to a new Serbian government to set its priorities, but when it comes to the EU path, it is clear that all relevant political actors in Serbia must remain committed to further EU integration," Kurz said.

He noted that he was "happy to see that there has never been a broader consensus about Serbia's EU future, and underscores that the commitment of Serbian political actors to the EU integration process is in the interest of the Serbian people."

Kurz voices confidence that this year the EU can continue to work on priority chapters with Serbia, and close some more chapters with Montenegro.

He also believes that the implementation of the results of the Belgrade-Priština dialogue will be continued, and hopes that Macedonia and Greece will resolve the name dispute, so that Macedonia's path could also be opened.

"I wished to visit Serbia and all other countries of the Western Balkans as soon as possible after I took office as foreign minister in December and thus show clearly what my priorities are," Kurz said.

Austria is sure that the EU integration project is incomplete without the countries of the Western Balkans, and hence loyally supports the region's EU perspective, Kurz stressed.

"With my visit, I wanted to reaffirm this message," said the Austrian foreign minister, who will visit Belgrade, then...