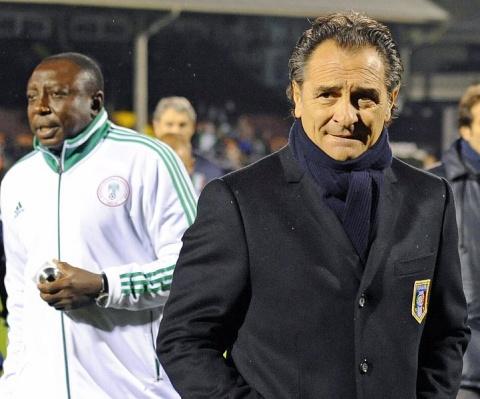 "The group is very difficult and we will have to prepare very well for it. Despite what people back home think, it will not be easy. Croatia and Bulgaria are potential winners of the group, and Norway is also a good team", Prandelli commented.

Italy and Bulgaria were in the same group for the 2014 World Cup qualifiers as well. The match in Sofia finished 2:2, while the home side scraped 1:0 win in Palermo.

Both qualifiers between Italy and Bulgaria will be played in 2015, while the campaign starts in September 2014.

It is still not clear if Prandelli will coach his country after this summer's World Cup in Brazil, with reports suggesting he may step down at the end of the tournament.