Kurz in Belgrade with message of encouragement to reforms 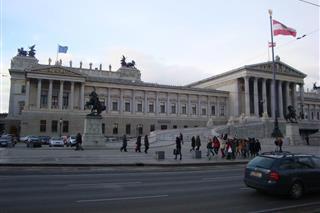 VIENNA - Austrian Foreign Minister Sebastian Kurz will visit Belgrade on Wednesday with, as announced, a message of encouragement for the continuation of the reform process.

The Austrian foreign minister is scheduled to visit Pristina on Thursday, where he will confer with Kosovo's Prime Minister Hasim Taci and Foreign Minister Enver Hodzaj.

During his stay in Pristina, Kurz will also visit members of the Austrian KFOR contingent and meet with the Bishop of Raska-Prizren Teodosije.