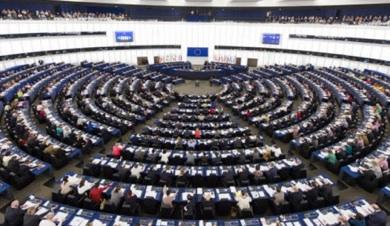 The troika faced an immense challenge in dealing with the euro crisis but the adjustment programs it helped implement in Greece and other countries lacked transparency and were not fully adapted to those states, according to a European Parliament committee, which recommended on Tuesday the International Monetary Funds involvement in future bailouts be optional.

The Economic and Monetary Affairs Committee in Brussels approved on Tuesday by 31 votes to 10 the findings of a report compiled after several weeks of visits to program countries and hearings in the Belgian capital.

The MEPs acknowledged the pressurized conditions in which the bailouts were put together but their report denounces the lack of transparency in negotiations and deplores the sometimes over-optimistic assumptions made by the troika. It also regrets that the programs are not bound by the Charter of the Fundamental Rights of the European Union and the Treaties.

The MEPs were also critical of the role of eurozone finance ministers, saying that the Eurogroup had overstepped its authority despite not being an official institution of the European Union.

The report calls for the eurozone to rethink the way it administers bailouts in the future. Apart from limiting the role of the IMF, the MEPs also recommend that the European Central Bank should only...