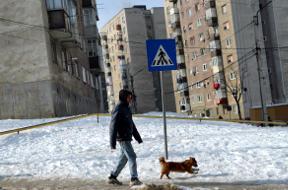 Romania registered the highest GDP growth among all EU countries in the last quarter of 2013, according to Eurostat data. Over the period Romania's economic growth stood at 1.7 percent compared to 0.4 percent for the EU as a whole. On an annual basis Romania's GDP expanded by 5.1 percent.

Greece's economy contracted less than expected in the last quarter of 2013. Over the period, GDP shrank by 2.6 percent after dropping 3 percent in the previous quarter. Meanwhile, unemployment reached a new high of 28 percent in November from 27.7 percent in October.

Bulgaria and Turkey agreed to suspend transit permits by March. The decision came after a three-day blockade of the main border checkpoint by truck drivers over a dispute involving one-off transit traffic permits.

The first office of the Chinese Southeast European Business Association (CSEBA) has opened in the Croatian capital of Zagreb. The organisation, aimed at supporting Chinese investors seeking to invest in the region, plans to open offices in 24 countries, including Romania, Bulgaria, Serbia, Turkey, Greece and Moldova.