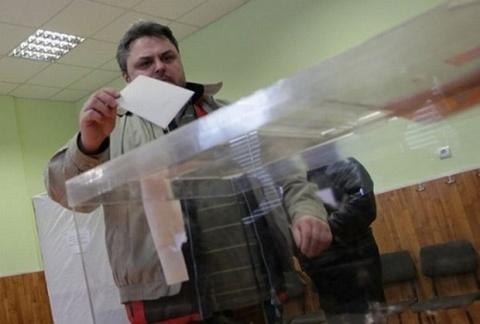 More than 300,000 signatures have been collected in favour of a referendum on Bulgaria's election rules and procedures.

Estimates from Tuesday morning claim the number has even reached 350,000, according to Bulgarian news agency Mediapool, which cites sources from the referendum's initiative committee.

In January, President Rosen Plevneliev proposed that Bulgarians have their say on three issues, namely the introduction of a majority election, compulsory voting, and e-voting.

In order to hold a referendum, a total of 500,000 signatures are needed.

"We are in a rush to meet the threshold as early as possible and thus to put some pressure on the Parliament so that the referendum could be held simultaneously with the European elections", prof. Georgi Bliznashki, chair of the initiative committee on organizing the national poll, declared in an interview for Bulgarian NOVA TV.

He expressed his hope that if even one of the amendments to voting legislation could be approved, political representation in Bulgaria would be entirely changed.

Even the current number of people that have declared themselves in favour of a referendum could lead the proposal to parliament, but the MPs have the right to reject it. The threshold of 500 000, on the other hand, makes the holding of a national poll mandatory.

The Bulgarian Parliament, however, would have a 3-month deadline to decide on a referendum date, and this means it could delay the vote until after the European elections on May 25.

Rosen Plevneliev's proposal for referendum was announced some weeks ahead of the vote on a new Election Code and thus divided the opinion in Bulgaria, with some seeing it as a veto on the new legislation and...

US Ambassador to Bulgaria: Democracy is Impossible without a Vibrant Civil Sector

Bulgarian Financier: Adoption of the Euro will Not Raise Prices

Ukrainians with Temporary Protection will be able to Stay in Bulgaria until March 4, 2024

Bulgaria: What was said in the Last Working Day of the 48th National Assembly

Christo Grozev was forced to leave Austria: He was Threatened by Russian Agents

Lavrov: Moldova could be the next Ukraine

US Ambassador to Bulgaria: Democracy is Impossible without a Vibrant Civil Sector

Survey: Every Fifth Bulgarian has been in the Car with a Drunk Driver

Bulgarian Financier: Adoption of the Euro will Not Raise Prices