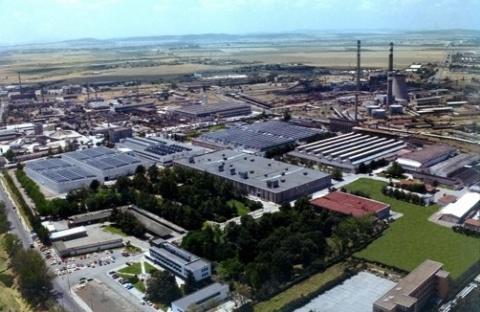 The E.Miroglio company, leader on the international textile market, will invest BGN 55M in its textile factories in Bulgaria's cities of Sliven, Yambol and Svishtov in 2014.

Part of the money will come from European programs, the owner of the enterprise Edoardo Miroglio announced.

Projects involve replacement of old equipment, increased product range and building of new premises for the production of fabrics introducing an innovative technology which has not been used in Bulgaria so far.

The construction of the new factory in Sliven only will cost BGN 25M and will open jobs for about 140 people.

The factory in Yambol will be equiped with new machinery, and part of the funds will come under the Enhancing Competitiveness project worth BGN 3.52M.

"Our investment in the factory in Svishtov is entirely focused on improving the quality of products and the preparation of dyes. Hopefully, we will expand further into the global markets," said Miroglio, cited by Bulgaria's Capital Weekly.

The Miroglio textile companies export products to 65 countries and sell to more than 6000 customers.

"Each year we invest some BGN 10M – 15M in our textile factories in Sliven, Yambol and Svishtov," Edoardo Mirgolio said.

The investments presentation was attended by Bulgaria's Minister of Economy and Energy...

Weather in Bulgaria will be mostly Cloudy, Temperatures up to 12 degrees

Over the course of a Year: Wholesale Food Prices in Bulgaria have Risen by nearly 52 percent