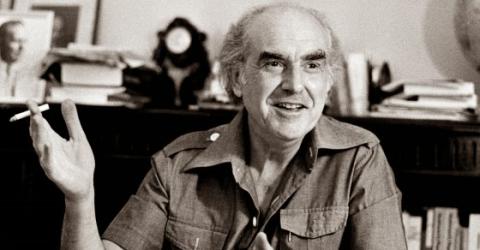 Many pundits like to draw parallels between SYRIZA chief Alexis Tsipras and the late PASOK leader Andreas Papandreou. The assumption is that should Tsipras come to power, he would turn into a more systemic, adaptive politician.

I beg to disagree with the above prediction as well as the comparison. Although Papandreou liked to style himself as an anti-systemic politician, he still was what one would call a global player. That is, he could pick up the phone and chat with Francois Mitterrand or some other experienced politician, who could help him read political developments outside Greeces narrow borders. Tsipras has shown no sign of such capacity. His international contacts reach as far as the European Left, which tends to be far from the centers of power.

A second, key difference concerns the way in which party folk perceive their leader. Tsipras is largely treated as the first among equals by most of the groupings inside the party, particularly by that 3 percent that claim to enjoy a near exclusive relationship with SYRIZA simply because they happened to be there from the very start. The majority of these people are not that keen to see the leftist party take a pragmatic turn; nor are they too attracted to the prospect of power  or, at least, they hate to show it. In other words, even if Tsipras were to reach a so-called honest compromise with the nations foreign lenders it remains far from certain that he would be able to make his own people consent to the sackings of civil servants or any other similar requirement.

However, there is also a third difference. Andreas Papandreou was fortunate to be prime minister while Constantinos Karamanlis served as president for three-and-a-half transitional...