First election results to be released at Tanjug Sunday 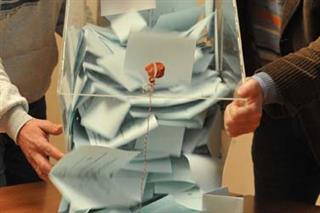 BELGRADE - The Tanjug News Agency and the Centre for Free Elections and Democracy (CeSID) will on Sunday organise an event titled Election Night, at which they will release the first unofficial results of the Serbian early parliamentary elections and local elections in Belgrade.

Turnout figures and information on the regularity of the electoral process will be published hour by hour.

Once the polling stations close at 8 p.m., CeSID will first release data on turnout and any irregularities, which will be followed by a panel titled Elections Minute by Minute, with the electoral campaign, predictability, predictions and interesting social media aspects of the electoral race to be discussed by consultant Dragana Djermanovic and the Commissioner for Information of Public Importance and Personal Data Protection Rodoljub Sabic.

The first preliminary election results should be released by CeSID around 9 p.m., after which the Deputy Director of the Statistical Office Miladin Kovacevic and professors Zoran Stojiljkovic and Milan Jovanovic from the Faculty of Political Sciences in Belgrade will discuss electoral combinations and political and economic expectations from the new government.

The election night will be followed from Tanjug by numerous guests - ambassadors, politicians and public figures, as well as many reporters and crews accredited for the event.