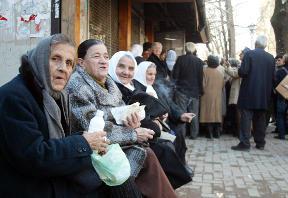 The IMF will lend Albania 330 million euros for three years to support economic reforms in the country. Under the deal, Tirana will get an immediate disbursement of 26.4 million euros to assist its planned reforms in the pension system, energy, local government finance, public administration and business environment.

Construction on the Belgrade on Water project, which was presented in Dubai, will begin later this year. The project, which will be situated on the right bank of the Sava River in Serbia's capital, will consist of up to 2 million square metres of business, residential, cultural and commercial space.

Belgrade hosted the 36th edition of the International Fair of Tourism, the biggest such event in Southeast Europe. More than 1,000 participants from 54 countries took part in the event.

Bulgarian businesses are welcome to invest in Montenegro, Prime Minister Milo Djukanovic said at a meeting with Bulgarian President Rosen Plevneliev in Podgorica. The two leaders agreed that they will seek opportunities to co-operate in transnational infrastructure projects and outlined potential for developing ties in tourism, energy and trade.

Greek company Lamda Development, backed by Fosun of China and an Abu Dhabi-based real estate firm, are the only bidders in the privatisation deal to develop the former Athens Airport of Hellenikon. Lamda said...