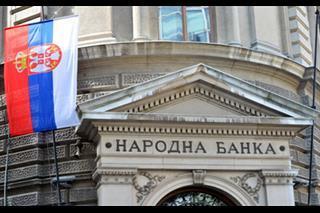 B0ELGRADE - The Executive Board of the National Bank of Serbia (NBS) decided on Thursday to keep the reference interest rate unchanged at 9.5 percent and stated that the inter-annual inflation rate returned to the limits of the target inflation in January 2014 as NBS had announced earlier.

Careful implementation of the monetary policy is necessary because of the increased instability on international financial markets caused by geopolitical turbulence and the Fed decision to gradually reduce the scope of quantitative easing, which adds to investors' caution and can exert negative influence on the capital inflow, the Executive Board said as released by NBS and noted that in this way, NBS contributes to mid-term price and financial stability.

The NBS Executive Board expects that consistent implementation of fiscal consolidation measures would contributes to the local economy's exposure to external risks due to current developments and solvency drop on international financial markets.

The expected arrangement with the International Monetary Fund (IMF) should contribute to this end as it would strengthen the credibility of measures for macroeconomic stability preservation and sustainable growth, the NBS Executive Board said.

Economic activities at the beginning of the year recorded an increase in a number of processing industry branches, which is a signal that positive growth rates can also be expected in 2014, which will be brought about by the expected recovery in the eurozone and beginning of the EU accession talks, NBS stated in a release.