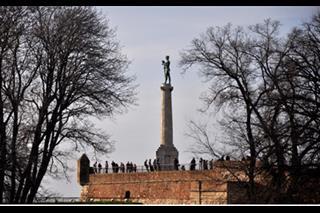 BELGRADE - Belgrade has been proclaimed the best tourist place in South Eastern Europe (SEE) in a tourism action to pick the best in SEE tourism in 2013 carried out by Sacen International, an international center for tourism and hospitality development based in Serbia.

Sacen decided that Turkey was the best tourist destination and Banja Vrucica (Bosnia-Herzegovina) the champion of health tourism in the past year.

The best SEE restaurant was 'Catovica mlini' in Morinj (Montenegro), Belgrade-based Kon Tiki Travel was the best tourism agency, and the scientific and educational institution of the year award went to the Hospitality and Tourism School Vrnjacka Banja.

A special award went to Belgrade's Hotel Slavija for 50 years of operation in the hotel industry.

The awards ceremony will take place in Belgrade on April 29, Sacen International has said in a release.