Crimea to hold referendum on status on March 16 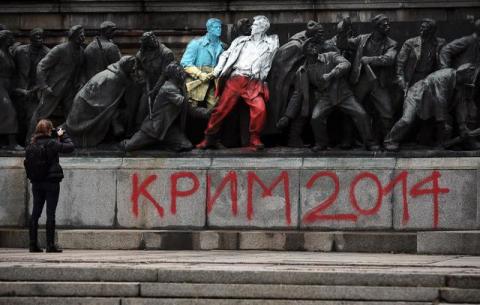 Crimea to hold referendum on status on March 16


CRIMEA, KIEV -- Ukraine's Autonomous Republic of Crimea will hold a referendum on March 16 to decide on its future status, Itar-Tass has reported.

That constitution stipulates that the republic was joining the state of Ukraine and arranging its relations with Ukraine based on contracts and agreements.

Acting Ukrainian President Alexander Turchynov said on Thursday that the Crimean authorities are "not legitimate" and that they were making decisions "under pressure," UNIAN said.

The Ukrainian agency specified he made the statement after a meeting with Norwegian and Finnish foreign ministers.

Reuters quoted Turchynov's spokesperson who said he considered the decisions made by Crimea's parliament and government to be "dictated by fear, and illegal."

Earlier in the day, the Crimean parliament adopted in principle a decision allowing the territory to join the Russian Federation.

In 1954, it was transferred to the Ukrainian Soviet Socialist Republic, on the initiative of Communist Party Secretary General Nikita Khrushchev.

Crimea now has 1.9 million residents, a majority of them Russians (58.5 percent), followed by Ukrainians...