International Fair of Tourism to open on Thursday 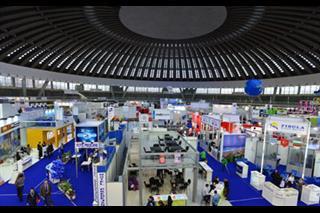 The partner country of this year's tourism fair is Indonesia and, besides the states that traditionally promote their destinations at the Belgrade Tourism Fair, this year travel buffs will have an opportunity to consider offers from Argentina, Algeria, Albania, the UAE - Abu Dhabi, Malaysia, Iran, India, Portugal and Romania.

This year, the Tourism Organization of Serbia (TOS) wants to attract young tourists, so it will promote a campaign titled "Lifestyle Serbia", presenting young people and their vibrant lifestyle in Serbia.

The Tourist Organization of Belgrade will present its offer in four program units- the marking of the centenary of the beginning of World War I, 60 years since the establishment of the Tourist Association of Belgrade, promotion of Savamala (urban neighborhood of Belgrade) and announcement of the Belgrade Boat Carnival.

As announced, the fair will be declared open by Acting Minister of Economy Igor Mirovic.