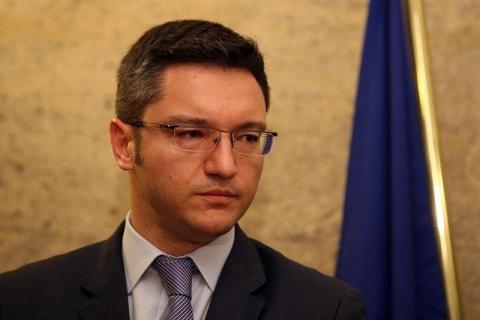 The Bulgarian foreign minister, Kristian Vigenin, has been instructed by his ruling Socialist party “not to haste with harsh measures” against Russia following the Crimea referendum, as EU ministers gather in Brussels in an attempt to impose sanctions on Moscow.

Vigenin, who was an MEP before he took the job of foreign minister last May, was harshly criticised by his fellow socialists for having declared that Bulgaria would not recognise the Crimean referendum and for having visited Ukraine and meeting with the country’s new leaders. The Bulgarian Socialist Party (BSP) is the leading partner of the country’s minority government.

BSP leader Sergei Stanishev, who is also the president of the Party of European Socialists, said that Bulgaria “should not be among the hawks in the European Union” towards Russia.

“Besides the common position of the European countries we have our national interests," said Stanishev in comments reported by the daily Standart. "First, they reflect the fact that we have between 250 and 300 thousand ethnic Bulgarians in Ukraine. We are close geographically to the region. In case of destabilisation we would be the first to suffer," he said.

The BSP leader also remarked that that Bulgaria depended on energy supplies from Russia and of the income brought by Russian tourists.

“All this must be taken into account when forming the Bulgarian national position and behavior in this matter," said Stanishev.

Bulgarian socialists appear to be supportive of Russia’s intervention in Crimea. Alexander Simov, a journalist from the Socialist daily Duma who was sent to Crimea as an observer, said yesterday he believed that the...