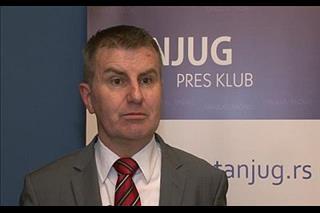 BELGRADE - Slovenian Ambassador in Belgrade Franc But stated that the outcome of the parliamentary elections in Serbia shows that a majority of citizens support the policy which the Serbian government implemented so far in terms of reforms.

In a statement for Tanjug, But said that the Serbian Progressive Party (SNS), which scored a convincing victory in the Sunday elections, and the Socialist Party of Serbia (SPS) have achieved much better results than two years ago.

He said that this shows citizens have a lot of confidence but also nurture high expectations and want to see results which would lead Serbia toward economic recovery and social development.

We still do not know what the ruling coalition would be like but we know who would head the government, But said and added that it is perhaps a pity that the opposition would be very small.

He stated that this is a chance for the future government to conduct the reforms which citizens expect to see and which are important for investors as well, including those from Slovenia as a country which maintains friendly ties with Serbia.

He said that investors are looking for a better business climate, stability and security, which calls for serious economic reforms.

Unfortunately, the reforms will not be easy for the citizens but Slovenia believes there can be no long-term recovery without them, But said.

He expresses certainty that in case the government launches serious reforms, new investments would arrive from Slovenia.

The Slovenian ambassador underscored that an important matter for investors is the confidence that in some five to ten years their funds would still be safe and that they would not lose it due to problems in the...