City on Water master plan "in one month" 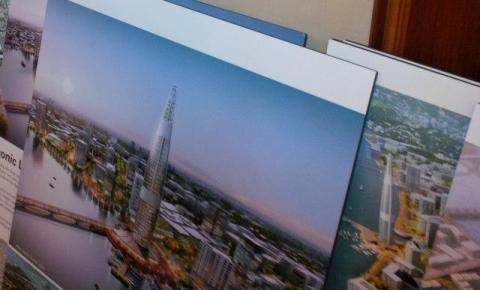 City on Water master plan "in one month"


BELGRADE -- City on Water project coordinator Aleksandar Karlovčan has said the project's master plan will be presented to the public "in a month."

"City on Water is the biggest project in the history which will launch construction industry, Karlovčan said at the panel entitled, "Projects that Could Turn Belgrade into a Modern European Metropolis," and added that the public will have a chance to see the master plan and project documents in a month.

He noted that investors from the United Arab Emirates (UAE) have recognized the hope and energy and believe that Belgrade can truly become a large-scale metropolis.

This is a unique chance for us to show that we are capable of opening the country to the world, Karlovčan said.

Director of Executive Office of the American Chamber of Commerce in Serbia Maja Piščević announced that AmCham would organize a regional conference in the second half of September under the title 'New South-East Europe' (New SEE) with the aim of presenting the region to investors, and Belgrade should be the center of the platform.

Piščević noted that investments should be made in knowledge, innovation and creativity so as to prevent further brain drain. She noted that Serbia ranks 131th out of 134 countries on the Competitiveness Index List drawn up by the World Economic Forum.

According to Piščević, Serbia should pay more attention to investors already operating in the country because they are Serbia's best economic ambassadors.

Mixer House Director Ivan Lalić believes that the government has not recognized the...