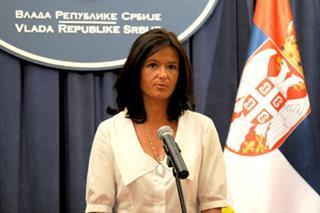 BRUSSELS - MP of the European Parliament (EP) Tanja Fajon stated on Monday that Serbia should constitute the government as soon as possible after the early parliamentary elections to prevent slowdown of the European integration process.

On her Twitter account, Fajon expressed the hope that the winners would constitute the government as soon as possible.

Serbia's EU path must not be allowed to slow down, she said.