From "Folly" to "PR Stunt": Opinions on Lyaskovets Shooting 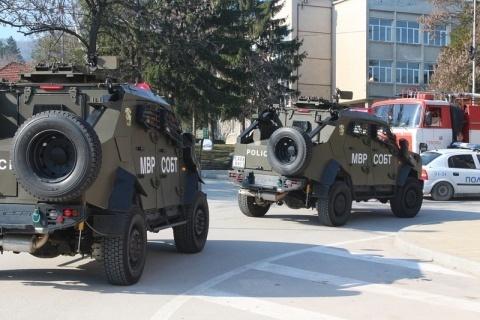 It was the debilitation of Bulgarian Interior Ministry that led to Friday's tragedy in the town of Lyaskovets .

These comments were made for Bulgarian National Television by the expert Tihomir Bezlov from the Center for the Study of Democracy.

On Friday, March 14, Petko Petkov, a 53-year-old man who opened fire in Bulgaria's town of Lyaskovets, killing one policeman and wounding 3, is hospitalized with a risk to his life. These events took place during a special operation which was set up after the principal of a school in Lyaskovets informed the police that Petkov threatened to use his weapons if the schoolchildren continued making noise in the schoolyard near, which is near his windon. It was later reported that Petkov might be suffering from a mental disorder.

Every government that comes to power in Bulgaria conducts political purges in police and fires experienced cadres, Tihomir Bezlov said on Monday.

He cited as an example the layoffs and reductions in rank affect between 50 and 100 high-ranking Interior Ministry officials each time when a government begins its term.

Ivan Boyadzhiev, an expert in security and anti-terrorism, believes the mechanisms governing the Interior Ministry are entirely flawed, as "the Minister himself creates normative acts to later sign them, to fire and hire", website Dnes.bg quoted him as saying.

Boyadzhiev asserted that the Ministry had acted "in a non-professional way", and "dispatching special squads was not necessary" in Lyaskovets.

Both Boyadzhiev and Bezlov are of the opinion that a national registry of people with mental disorders has to be created. Another step they would see as positive is tightening control on arms permits.