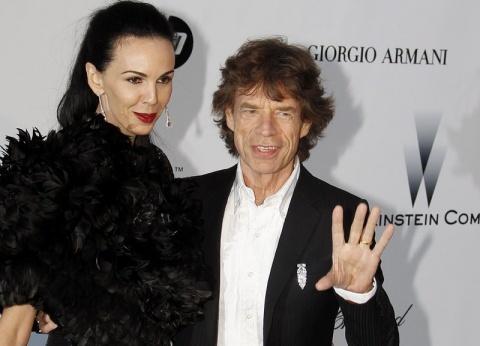 A file picture dated 20 May 2010 shows British singer Mick Jagger (R) of the Rolling Stones and US stylist L`Wren Scott (L) arriving at the Cinema Against AIDS amfAR gala 2010 as part of the 63rd Cannes Film Festival, held at the Hotel du Cap, Eden Roc in

A spokesperson for Mick Jagger said that the Rolling Stones frontman was "shocked and devastated" by the news.