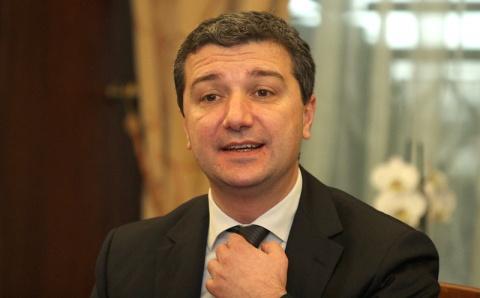 Bulgarian Energy Minister Dragomir Stoynev has warned power distributors that they may face nationalization unless they pay debts to the National Electric Company (NEK).

Speaking Monday in Plovdiv, Stoynev noted that CEZ, EVN and Energo-Pro, the three power distributors operating in the country, had to pay their debts of over BGN 318 M to the financially troubled NEK.

"If the three power distributors fail to pay their debts to NEK and their licenses are terminated, the state can reacquire the three licenses," he commented, as cited by the Focus news agency.

Responding to claims of some of the companies that they had already settled their debts, he argued that bills and invoices showed a different picture.

He was adamant that anyone who did not obey the law could not count on the support of the government.

On Friday, NEK filed a claim with the State Commission for Energy and Water Regulation (DKEVR), stating that the three power distributors owed it a total of BGN 318 M.

DKEVR and the Ministry of Economy and Energy set a deadline of three workdays for the companies to pay the debts.

On Saturday, Stoynev urged the three power distributors to pay NEK by Tuesday, adding that they would otherwise be referred to the prosecuting authority.

On Monday, Stoynev also met with Schneider Electric executives to discuss the possible participation of the French company in the South Stream gas pipeline project and in the seventh unit of the Kozloduy nuclear power plant.

Weather in Bulgaria: First Snow is expected on Tuesday. Cold, but without Siberian frosts in December