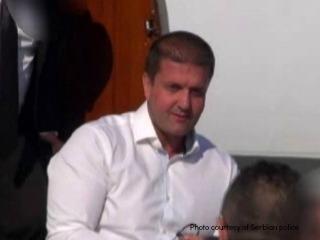 Saric, who is accused of heading an organised-crime gang involved in large-scale drug smuggling, surrendered to police after coming to an agreement with the Belgrade authorities to give himself up, Serbian justice minister Nikola Selakovic told a press conference on Tuesday.

“In order to avoid any bloodbath and casualties during an arrest, we were offered his unconditional surrender to Serbia, for which he has not demanded any special conditions,” Selakovic said.

“He offered to surrender a month and a half ago,” he added.

Saric, who has been on the run since 2010, was flown in to Belgrade airport from the Montenegrin capital Podgorica on Tuesday morning accompanied by police and taken to the special prosecutor's office for organised crime. It is not yet clear exactly where he was detained.

Selakovic said that Saric had been “located in several countries in Latin America and once he became aware that he was located, we were contacted by his lawyer”.

A special Serbian team made up of ten Security Information Agency officers and at least 100 other police officers took part in finding and detaining him, Selakovic said.

Montenegro’s justice and interior ministries cooperated with the Serbian security services in the operation, as well as agencies from other countries such as the US, Slovenia, Belgium, Switzerland and Austria.

“The government wants to congratulate all the members [of the Serbian security team] who participated in the action,” Serbian Prime Minister Ivica Dacic told a government meeting.

“This shows the capacities of the Serbian police to conduct serious operations, but also shows how excellent regional cooperation works,” he said.

His deputy Aleksandar Vucic, who...