Radisavljevic: Saric will enter his plea on Monday 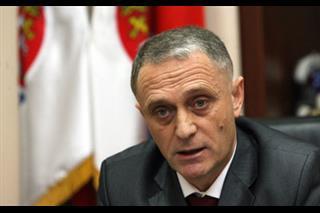 BELGRADE - Prosecutor for Organized Crime Miljko Radisavljevic said on Wednesday Darko Saric's next appearance before the Special Court will be on March 24, when he will enter his plea.

It is evident that Saric will be interrogated as a witness in a preliminary investigation concerning unauthorized release of classified information, Radisavljevic told Radio and Television of Serbia.

"Whether there will be any other criminal cases in which he could play a different role, we will know once we complete some current preliminary investigations," he stressed.

The case against Saric is the largest and most complex case the Office of the Prosecutor for Organized Crime has taken on, he stated.

There are currently 13 indictments against members of Saric's organization that include various crimes, like drug trafficking and money laundering, he noted.

"Six of the indictments refer to cocaine trafficking and seven to money laundering," he explained.

Darko Saric was handed over to Serbian authorities on Tuesday, after which he was questioned at the Special Court in Belgrade. The court decide to place the drug lord in custody for 60 days.