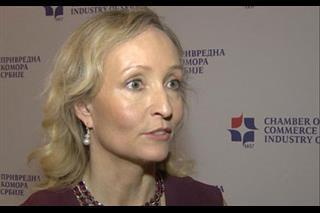 BELGRADE - The arrest of Darko Saric is a very good signal for the EU, but also for Serbia, as it demonstrates the country's willingness to carry out a serious fight against corruption and organized crime, Advisor to Swedish ambassador Liselott Martynenko Agerlid said on Wednesday.

Commenting on the arrest of the fugitive drug lord and one of the most wanted Serbian criminals for whom Interpol had issued an arrest warrant, she underlined in a statement to Tanjug that this is what the EU means by "being courageous enough to look at the main source of organized crime and main criminals".

This shows that no one is above the law, and these are all good signals for Europe, Martynenko Agerlid said.

The advisor to the Swedish ambassador, who also followed the Miroslav Miskovic trial, underscored that the opportunity to attend the Saric trial would also speak in favor of that.

That would show that Serbia is committed to establishing an independent legal system, which is based on fundamental rights and legal principles. It is important that the principles and laws apply to every trial, regardless of who is being tried. Everyone deserves an equal and fair treatment, she concluded.

Saric was officially arrested on Tuesday, March 18, in a joint operation of the Serbian and Montenegrin authorities.

"We will open a discussion on compulsory military service" VIDEO / PHOTO