Beach Concessionaires in Bulgaria Complain of Loss of Coastline 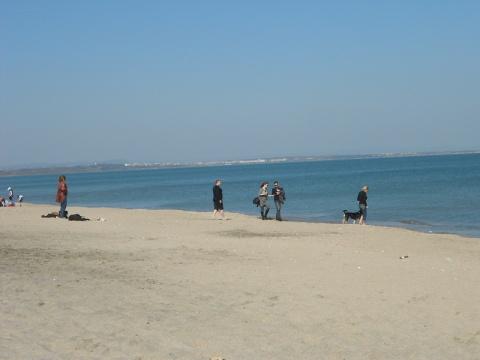 Concessioners have complained that the winter weather has shrunk beaches along the southern part of the Bulgarian Black Sea coast.

Concessioners have claimed that although the waves are returning portions of beaches swallowed in winter, the extent of the process is insufficient and in some places the beaches have been lost altogether, according to reports of burgasutre.bg.

Concessioners fear that they will not manage to secure enough revenues to cover their annual concession fees.

They are preparing an official declaration to the government which calls for a new measuring of the beach areas and corrections to the annual concession fees.

"For example, a concessionaire signed a contract for a beach of 1 decare at a price of BGN 100 000. It turns out, however, that he beach no longer spans1 decare but 500 square meters and at he same time the price remains unchanged. It is clear that the concessioners have no choice but to leave half of the beaches without umbrellas and chairs. How could they possibly cover the huge concession fees in this case?" concessionaires explain.

Mayors of Bulgarian Black Sea municipalities are also concerned about the negative impact on tourism of the loss of coastline.

Authorities in the southern part of Bulgaria's Black Sea coast have reported that natural disasters have been eating away at sand beaches over the past few years, causing them to shrink 3-4 times in 20 years on some places.

In the Elenite holiday village, the waves have almost reached the terraces of a hotel.

The strong waves and high tides in winter have ravaged beaches in Black Sea resorts like Tsarevo, Ahtopol and Primorsko.

Admitting that the sea returns portions of...