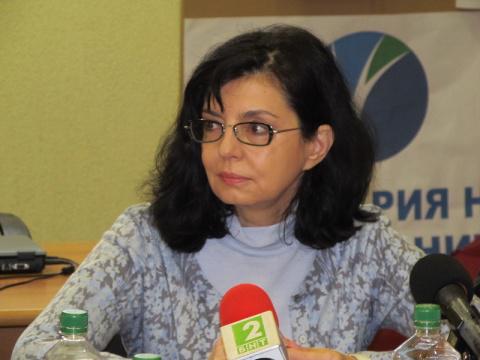 Kuneva heads the Bulgaria for Citizens Movement, which is part of the Reformists's coalition. She was Minister of European Affairs in two consecutive governments, one of the NDSV (National Movement for Stability and Progress) from 2002 to 2005 and the other of now-ruling Bulgarian Socialist Party (BSP), which she left due to her EU Commissioner bid after she was nominated by BSP leader Sergei Stanishev in end-October 2006.

On January 1, 2007 she began her term as Bulgaria's first EU Commissioner, in charge of consumer protection.

She also ran for president in 2011 and had the third-largest result after current head of state Rosen Plevneliev and MEP Ivaylo Kalfin.

In the Reformist Bloc's list, Kuneva is followed by Democrats for Strong Bulgaria (DSP)’s Svetoslav Malinov and Bozhidar Lukarski, who leads the Union of Democratic Forces (known as SDS), Bulgarian television bTV has reported.

Next is Korman Ismailov, who is a member of Kasim Dal’s Freedom and Dignity People's Party.

Since splintering off from the ethnic Turkish Movement of Rights and Freedoms (DPS) party, Dal has sparked controversy as allegedly enjoying the support of Turkey's Prime Minister Recep Tayyip Erdogan, who expressed his preference for Dal to DPS before 2013's elections (and even sponsored his campaign), according to reports by Today's Zaman newspaper.

The Reformist Bloc, a coalition of right parties, agreed in...